I am looking to capture monochromatic images for my project and am wondering of the best way to achieve this.

At the moment I am capturing RGB output from the camera into a numpy array and then getting a grayscale image by performing a dot-product of the RGB matrix with an RGB to grayscale conversion. Something like:

However I am now thinking that a more efficient way to do this would be to grab the Y channel (luma) component of a YUV output.

I have tried to achieve this in two separate ways.

First outputting the Y data from the YUV data into an array of the same resolution:

Unfortunately the image produced from this is not as I would expect, clearly something has gone very wrong. Image attached.

Secondly I tried to use the PiYUVArray method. 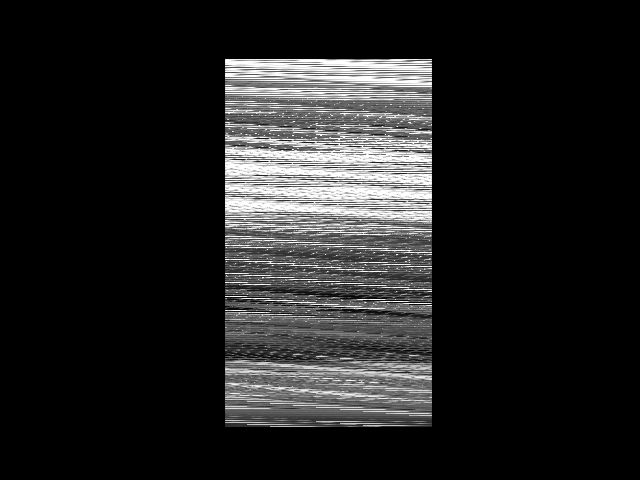 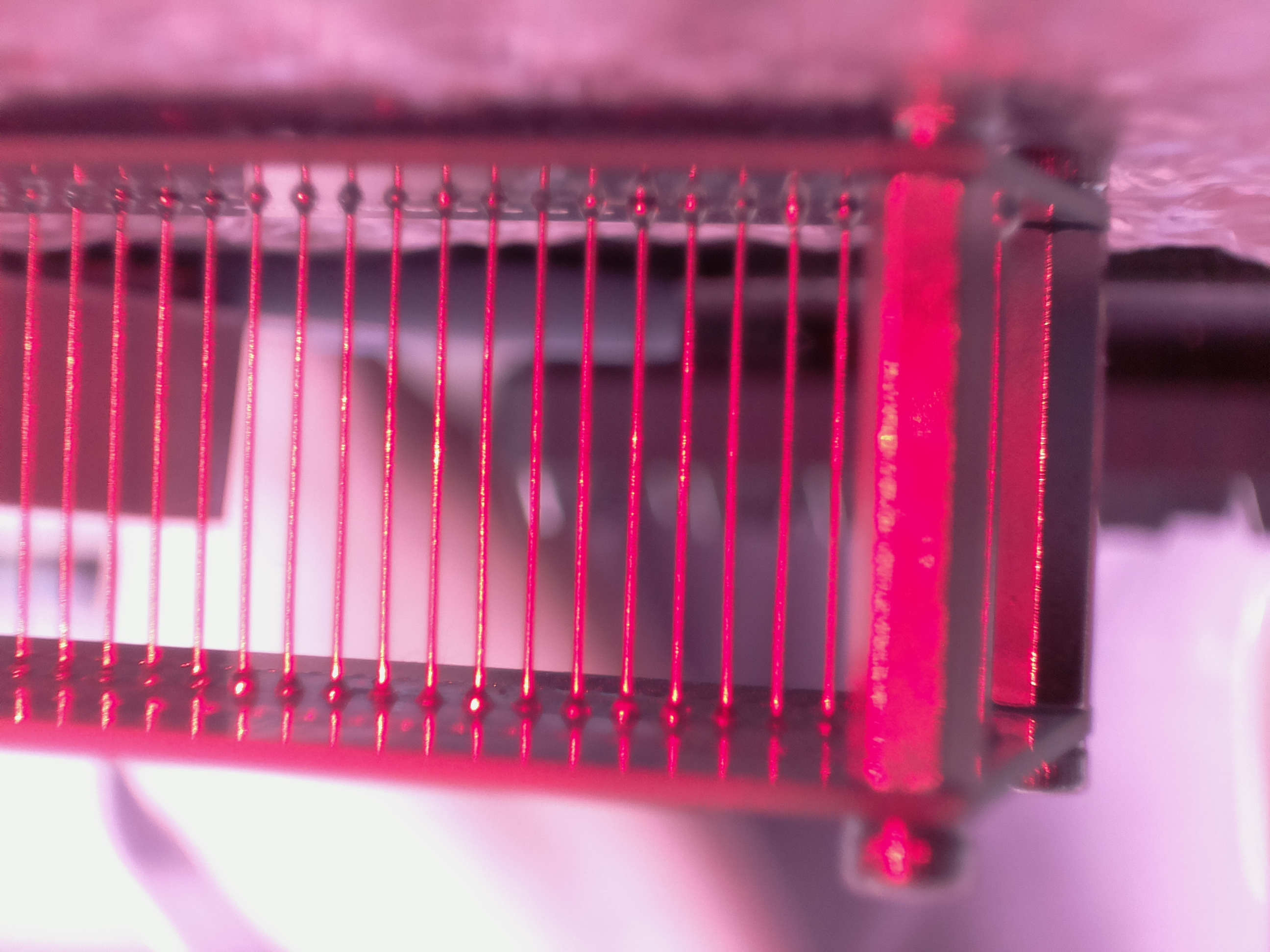 1. To start with, in our C++ example we used a trick available in raspividyuv utility. It is a "--luma" key, which force system to give you just a luma component. Unfortunately, this option is not available at PiCamera. But you can use a transmission over pipe, like in this Gist. Our experience shows that it works with Python, but unstable (can crash once per 3-5 runs). WIth C++ this approach is stable.

2. Actually, your YUV output is not broken, but just have a horizontal "shift" for each row. You set 100x100 resolution, but actually low-level capture part has some resolution requirements (like width is dividable by 32 and height by 16). When you use an "easy" capture, PiCamera will actually scale image to your resolution, if it not fits internal rules. But with the YUV you need to keep follow these requirements, as it is low-level access.

Luckily Dave Jones (PiCamera author) put this useful answer on StackOverflow. And the first piece of Python code does right this thing that you need - it takes Y component of the captured image only. Please notice camera resolution (120x90) and array size (96, 128) he used for the frames:
https://raspberrypi.stackexchange.com/q ... wnsampling
Eugene a.k.a. Realizator
Top
Post Reply
2 posts • Page 1 of 1

Return to “OpenCV, Python and other image processing”